Thursday 14 October: Hillingdon Council has once again been crowned the capital's greenest borough after scooping a record 63 Green Flags for its parks and green spaces. 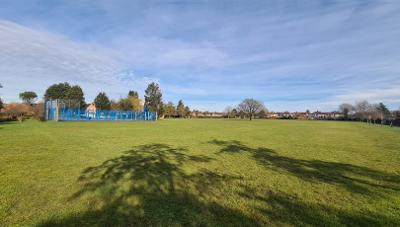 For 2021, three new parks have been added to the borough's roster of top class green spaces.

The borough's total number of flags has risen from 60 in the 2020 results and 55 in 2019. Colham Green, Deane Park, and Sipson Meadow have all received awards for the first time.

The results mean that Hillingdon has been awarded the highest number of green flags of any local authority in the country for nine consecutive competitions.

Colham Green (Brunel ward): Popular with those who like to keep active due to its recently installed outdoor gym, the children's playground has also been newly renovated. As part of a joint project between the council and the charity Trees for Cities, hundreds of young trees have been planted across the green in the past year.

Sipson Meadow (Heathrow villages): To help reduce noise and pollution, a new 'shelter belt' planting scheme was introduced in the meadow, which also has major benefits as a habitat for local wildlife. The children's playground has also been recently refurbished.

The annual Green Flag Award scheme, run by Keep Britain Tidy, recognises well-managed green spaces and is considered the benchmark national standard for public parks. Each space must meet stringent criteria, proving that they are clean, community-oriented and environmentally friendly.

Cllr Eddie Lavery, Hillingdon Council's Cabinet Member for Environment, Housing and Regeneration, said: "We welcome the fantastic news that our borough has once again been judged to have the highest number of world class parks and green spaces.

"Adding a further three parks to the tally shows how committed we are to ensuring residents and visitors can enjoy the best possible facilities when it comes to places of leisure and relaxation. They've also proved a genuine lifeline for many, boosting mental and physical health and wellbeing, particularly during the pandemic.

"This accolade is a sound reflection of the time, work and money the council has invested - as well as the work of Hillingdon's local community and volunteer groups -  to ensure these parks remain welcoming and attractive."

The Green Flag Awards are judged by a group of environmental charities including Keep Britain Tidy.

Sixty-two of the borough's 63 Green Flag parks and green spaces are maintained by Hillingdon Council.

For more information on parks and green spaces in the borough, visit: www.hillingdon.gov.uk/leisure.