Monday 4 November: Local authorities opposed to Heathrow expansion say that changes in government policy on climate change mean the case for a third runway should be reviewed urgently. 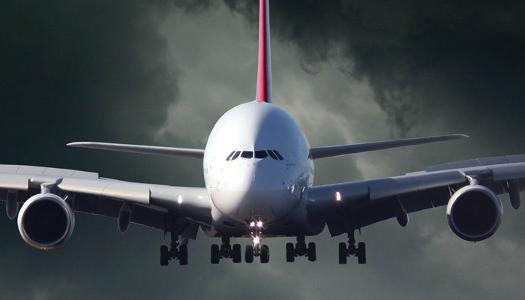 The Airports National Policy Statement (ANPS) which included support for expansion at the airport was designated in June 2018 - at a time when the UK was committed to an 80 per cent reduction in emissions (by 2050).

In June this year following the advice of the Climate Change Committee (CCC) the government amended the commitment to 100 per cent - the strengthening was based on 'significant developments in climate change knowledge'.

Now campaigners say the same logic should be applied to the ANPS. Under planning legislation a national policy statement must be reviewed if there has been a 'significant change in any circumstances on the basis of which any of the policy set out in the statement was decided.'

In September this year the CCC told the government that the planning assumption for aviation should be to achieve net zero emissions by 2050. It added that measures should be put in place that 'limit growth in demand to at most 25 per cent above current levels by 2050.'

The CCC concluded that 'current planned additional airport capacity in London, including the third runway at Heathrow, is likely to leave at most very limited room for growth at non-London airports.'

The councils which comprise of Hillingdon, Wandsworth, Richmond upon Thames, Hammersmith and Fulham and Windsor and Maidenhead have now formally written to the Secretary of State under section 6 of the Planning Act 2008 calling for the 2018 ANPS to be reviewed in the light of the significant changes since then.

Cllr Ray Puddifoot, Leader of Hillingdon Council, said: "Expanding three airports in the London area will have a major impact on which areas are overflown. This is yet another example of how the people who were most likely to be affected by noise from expansion were not informed.

"Already it is clear that expansion at Luton could mean new flight paths over Hillingdon. These are significant changes which must mean a review of the whole basis on which policy support was given to Heathrow expansion in 2018."

Cllr Ravi Govindia, Leader of Wandsworth Council, said: "The key planning assumptions on which the government based its support for Heathrow expansion in June 2018 are now outdated. Under planning legislation the Secretary of State now has a clear duty to review the ANPS. It has become abundantly clear that he should do this on climate change grounds alone."

Cllr Gareth Roberts, Leader of Richmond Council, said:  "It's not just that the scientific advice to the government on climate change has been strengthened. Since 2018 the scale of expansion across London has increased far beyond what was envisaged at the time.

"Gatwick and Luton have since then announced their own plans for adding capacity - up to 175,000 extra flights a year. The government - despite encouraging airports to make best use of existing runway capacity in the NPS - has not assessed the combined impacts on the environment of this unplanned additional growth."

Cllr Andrew Johnson, Leader of the Royal Borough of Windsor and Maidenhead, said: "The effect on transport throughout the London area of three major airports adding tens of thousands of extra flights has not been taken into account. This is a significant area of change from 2018 and one which the Secretary of State must review.

"Expansion at three airports in the London area which all rely on the M25 will have far-reaching consequences. The increased pressure on rail and road networks in the capital will have major impacts on people's ability to get to work and lead to worsening air quality. None of these cumulative effects have been assessed.

Cllr Stephen Cowan, Leader of Hammersmith and Fulham Council, said: "The government has chosen to deliberately ignore the huge environmental damage Heathrow's proposed third runway will cause. Meanwhile, its own figures demonstrate the UK will gain a negligible return on the £18 billion cost of the scheme - most of which could end up being funded by the taxpayer. There's plenty of greener, better initiatives that such huge sums could be spent on which would produce the kind of sustainable economic growth our country desperately needs."

The councils say that Heathrow expansion is never going to happen. The obstacles in its way including noise, air quality and now climate change, are insurmountable.