Building site and domestic bonfires, emissions of dark smoke and emissions from industrial chimneys. You can report smoke pollution based on the type of smoke being emitted.

Information about the Hillingdon smoke control area and household open fires and chimneys. 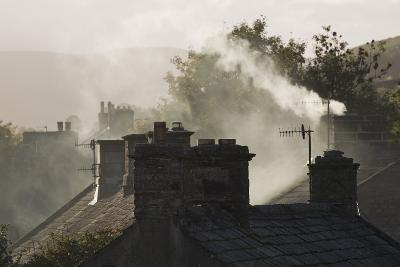 Under the Clean Air Act 1993, we have declared that Hillingdon is a smoke control area.

The law in a smoke control area

It is an offence:

Smoke control areas only restrict smoke from domestic chimneys and do not cover domestic and commercial bonfires.

You will need to obtain either:

You can only burn wood chips, pellets, logs or coal in an exempt appliance. These are appliances (ovens, wood burners and stoves) which have been exempted under the Clean Air Act. These have passed tests to confirm that they are capable of burning an unauthorised or inherently smoky solid fuel without emitting smoke.

Further powers exist under the Clean Air Act which control dark smoke emissions from chimneys. Please notify us immediately so that an investigation can be made.

Certain industrial sites are issued with an environmental permit which controls emissions to air.

Neighbour has smoke coming from their chimney

We will write to both parties to explain these requirements and confirm the type of fuel being burned. This may be sufficient to resolve the matter at an early stage. Non-compliance will trigger monitoring visits and necessary enforcement action will then be taken.

Previous Page Smoke from bonfires
Was this page helpful?
Yes No
Report an issue with this page