Cycling has been a vital part of exercise during the coronavirus lockdown, and has been a popular pastime around Hillingdon for many years.

We have 1965 archive footage of the Hillingdon Athletics Stadium, which was brand new at the time.

The events feature male and female contestants and include running races, hurdles, long jump and high jump. The film ends with the Mayor awarding prizes to the winning participants. 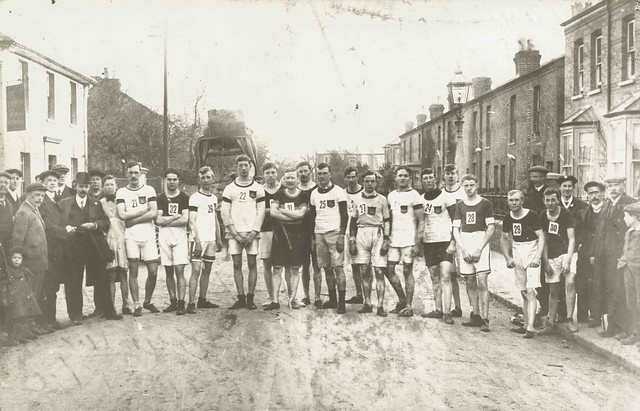 These items, which have been donated by Stephanie D., belonged to her father, Reginald.

He was captain of Uxbridge Cycling Club in the 1920s and is pictured third from the left in the team photo.

Uxbridge Cycling and Athletics Club was founded in 1890 - badges from the club are shown in the image to the right.

In 1920, membership to the club required that a member needed to be "an amateur who has never competed for a prize money."

At the time, there were a few different tiers of membership available for this particular club.

For 3 shillings and 6 pence, you could join just the cycling part of the club. However, if you only wanted to join the athletics part, you would pay 5 shillings a season.

To become a full member would cost 7 shillings a year, which would be approximately £14 in today's money.