This memorial garden (commonly called the Polish War Memorial) is dedicated to the Polish Air Force by Hillingdon Council. 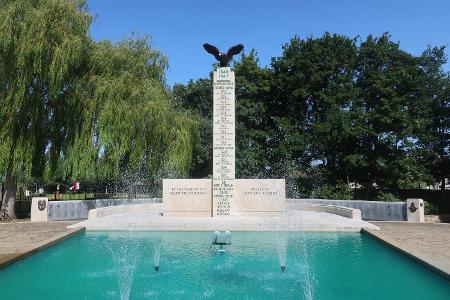 The memorial was erected in 1948 to commemorate the contribution of airmen from Poland who aided the allies in the Second World War. It records the names of the 1,241 Polish people who died in operational sorties during the course of the war.

Made partly of Portland stone and polished granite, it has bronze lettering and a bronze eagle - the symbol of the Polish Air Force.

The remembrance garden was created in the field adjacent to the memorial in 2015.