A key function of the mayoral badge is to be worn as part of the chains of office. There are actually three mayoral badges in Hillingdon. 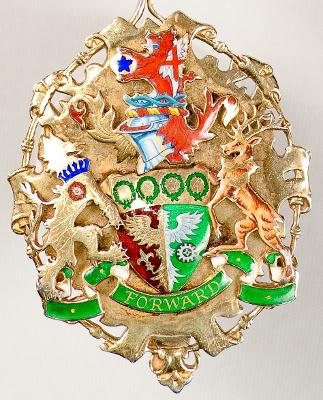 This was made by Vaughtons and consists of an enamelled London Borough of Hillingdon crest which includes features from the coat of arms of the four councils that amalgamated to form the borough.

The back opens to reveal gilt pages engraved with the names of previous mayors from the years 2001 to 2002. 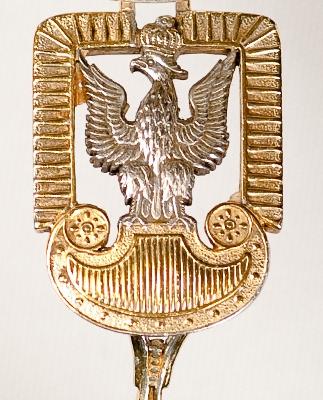 The Polish Eagle badge was presented to the borough specifically to be worn by the Mayor.

The eagle itself is an emblem taken from the caps of Polish Air Force generals. 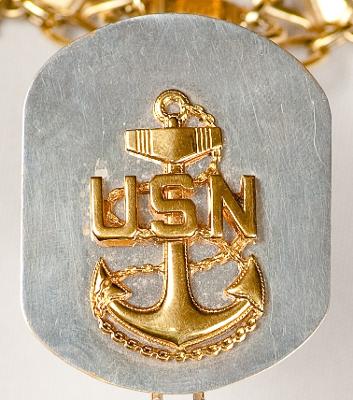 The US Navy Chiefs Badge was donated to the London Borough of Hillingdon by London CPO Association in May 2007 to be worn by the Mayor.

It was made by UT2 (SCW) Trickel M.D, and the eagle itself is an emblem taken from the caps of Polish Air Force generals.

Previous Page Chain of office Next Page Ceremonial mace
Was this page helpful?
Yes No
Report an issue with this page